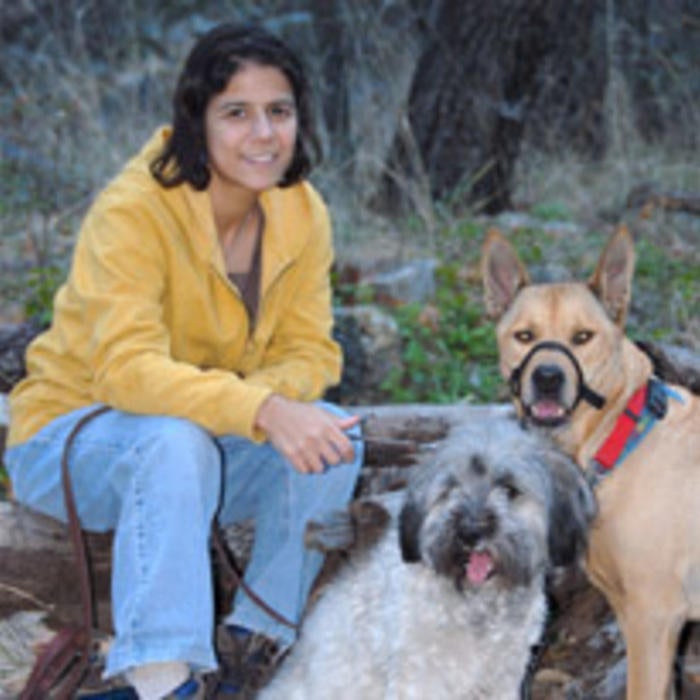 Dr. Daroowalla was born and raised in Bombay, India, where she lived until she was 14 years old. She decided to become a veterinarian at a very young age. She graduated from Colorado State University in 1999 as a Doctor of Veterinary Medicine. All patients are treated with kindness and compassion. Her philosophy of integrating holistic and conventional medicine provides the animals with a level of treatment that surpasses using either one alone. Her commitment to helping the strays is self-evident in the numerous hours and expenses she donates to their care. Her own menagerie, all rescued animals, includes three dogs, three cats, and two senior horses. She is passionate about scuba diving and her other hobbies include camping, playing Scrabble, gardening, and reading. 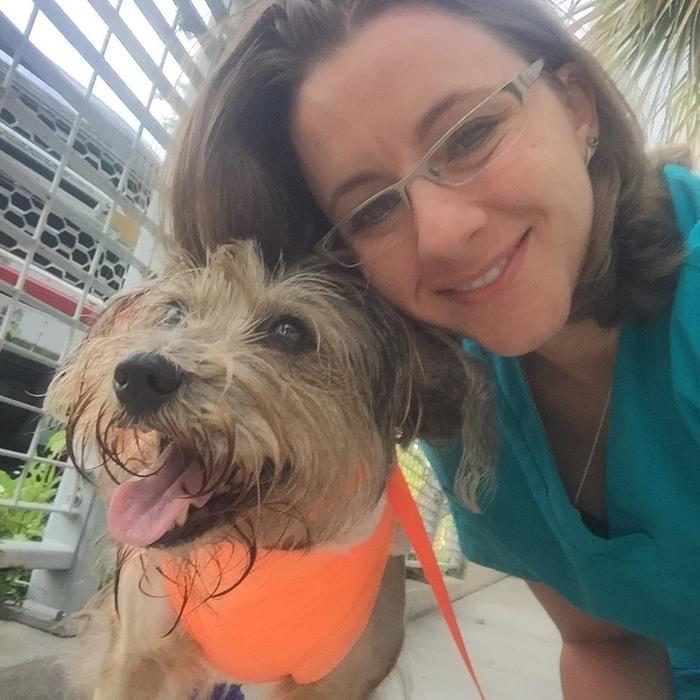 Dr. Ebarb was raised in Tucson and attended the University of Arizona, where she earned her Bachelor’s degree in Veterinary Science. To further pursue her dream, she moved to St. Kitts, located in the Leeward Islands, to attend Ross University School of Veterinary Medicine. After spending 2 and 1/2 years enjoying the island and it’s beauty, she attended the University of Florida to complete her clinical training and graduated in 2016. Shortly thereafter, Dr. Ebarb moved to Houston, TX to begin her career in small animal medicine. She recently moved back to Tucson to be closer to family and join the team at Benarda. 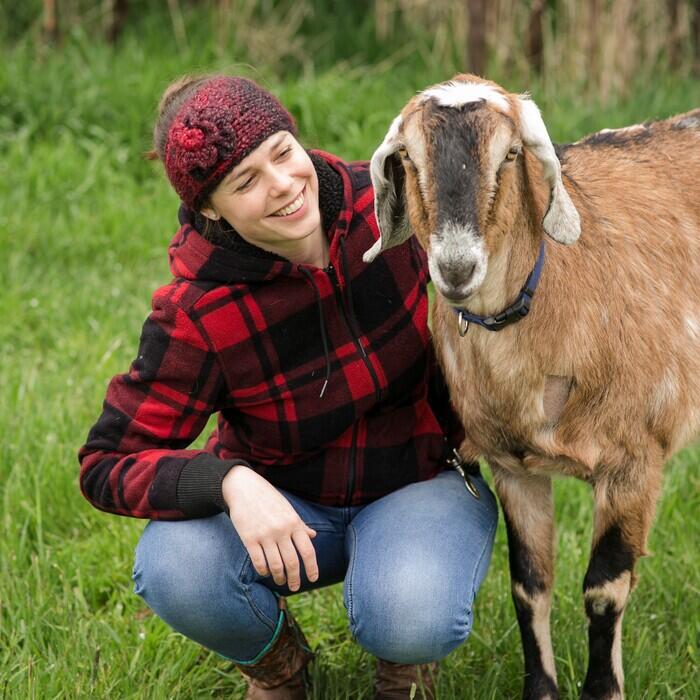 Dr. Laura Maillard was born and raised in France, and moved to the US in California, at age 11 with her family. In 2004, she and her family moved to Tucson where she fell in love with the Sonoran Desert. Dr. Maillard graduated from the University of Arizona with a Bachelor's in Veterinary Science in 2014. She then moved to colder climates to attend veterinary school at Washington State University. While in veterinary school, Dr. Maillard worked with several endangered wildlife species like Bighorn Sheep and Sloth bears. She graduated as a Doctor of Veterinary Medicine in 2018 and returned to Tucson where she worked at St Mary's Animal Clinic for 2 years before joining the Benarda team. Dr. Maillard is excited to be part of such a dedicated group of animal lovers and values a caring team-based approach between pet parents and the veterinary team. She continues to work part-time at the Pinal County Animal Control, helping sick homeless pets in need of veterinary care and love.

Many furred and feathery creatures hold a dear place in her heart, including 3 dogs, 2 cats, 3 goats,  many fish, and 14 chickens. Outside of work, Dr Maillard enjoys yoga, traveling, knitting, playing the piano, hiking, and sharing hearty French meals with her family. 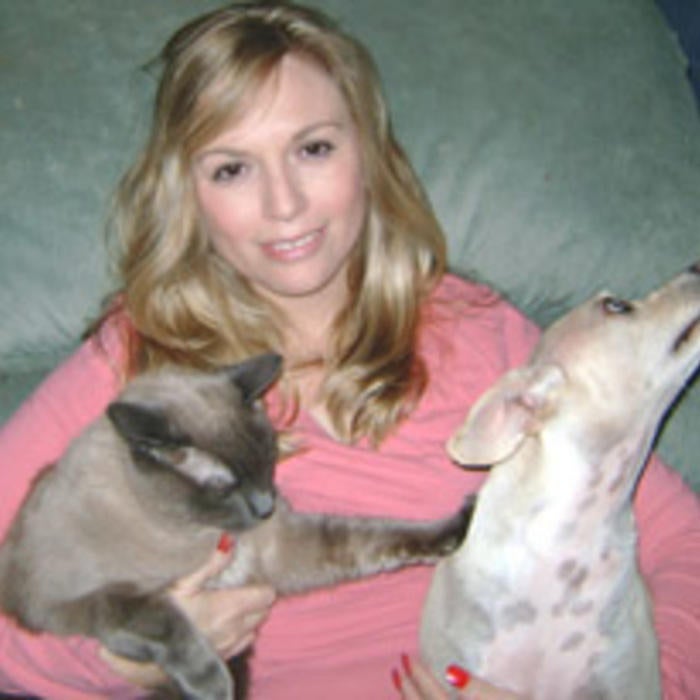 Stephanie started working at Benarda in 2001. She is the first person that will greet you in the lobby and on the phone. She wears many hats at the clinic and she is the person that can help you with whatever you need. She has a soft spot for rescuing animals in need and that is why she has four cats and five dogs. In her free time she likes to spend time with her kids, read, walk and she is currently pursuing a degree in psychology. 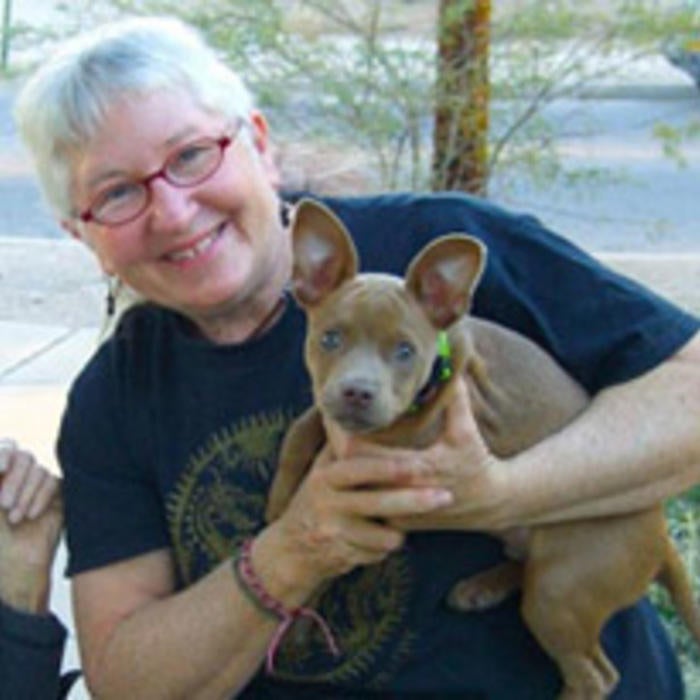 Terry started working at Benarda in 2001. She displays immense compassion for animals that is very apparent in her actions at all times. She is also a passionate and talented artist who creates dazzling oil paintings which are mostly of animals. She has an extra soft spot in her heart for kittens and pit bulls. She is also an avid cyclist and lives with her husband Jeff. They have a dog Ambrose and a kitty named Ludwig (yes, she likes classical music too). 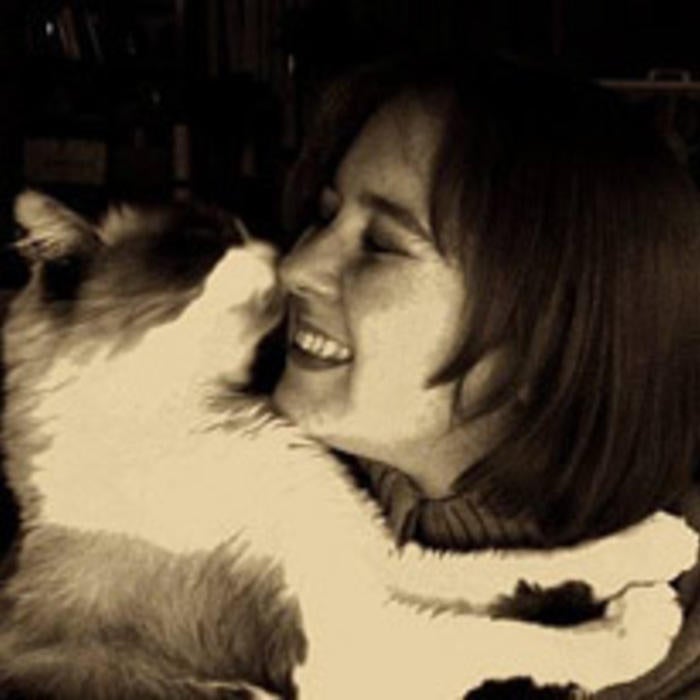 Melinda joined the Benarda team in 2004. She lives with a variety of animals including a bunch of cats, a flock of chickens and a husband named Misha. Melinda enjoys vegetarian cooking, baking, arts & crafts and gardening. In addition, she is passionate about veterinary science and animal rescue. In the future, she hopes to become a certified feline behaviorist and is always happy to lend insight when asked, "Why does my cat do that?" 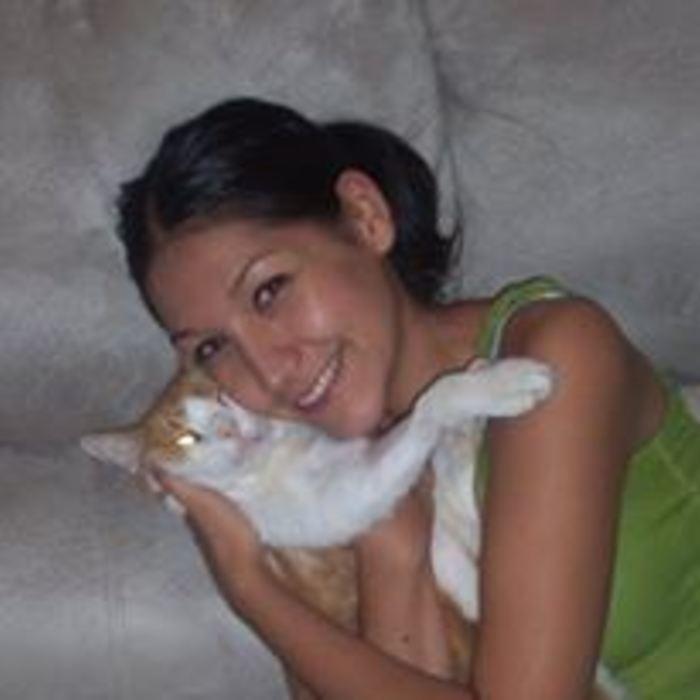 Known for her sweet smile, Celina has worked at Benarda since 2005. She lives with her husband Frankie and has two beautiful little girls ages six and one year. She has two rescue cats named CC and Chippie and a Chihuahua named Buster. She is a pre-vet student at the U of A and is passionate about animals of all kinds, especially horses. In her spare time she likes horseback riding, camping and spending time with family. 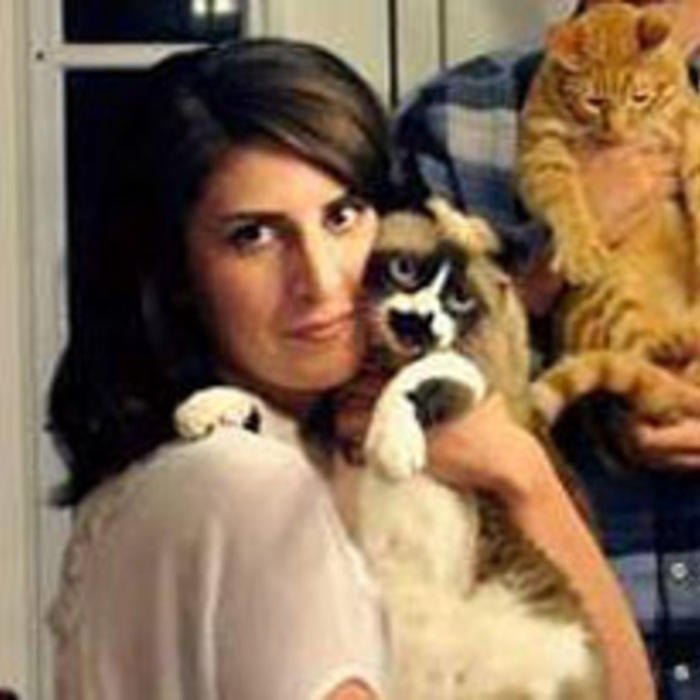 One of the sweetest and quietest members of the Benarda team, Karina's gentle touch and easygoing nature make her a real treasure to work with for both clients and pets. She joined the Benarda family in 2012. She has one dog that she rescued from animal control and various rescue cats. In her spare time she enjoys reading, scuba diving, anime and hanging out with her family.

Brittany joined our team in 2015 and has radiated positivity and kindness throughout our clinic. She does tremendous amounts of rescue work and continues to volunteer at Hope Animal Shelter. She has four dogs and three cats of her own. In her free time she enjoys crocheting and spending time with her family and friends. 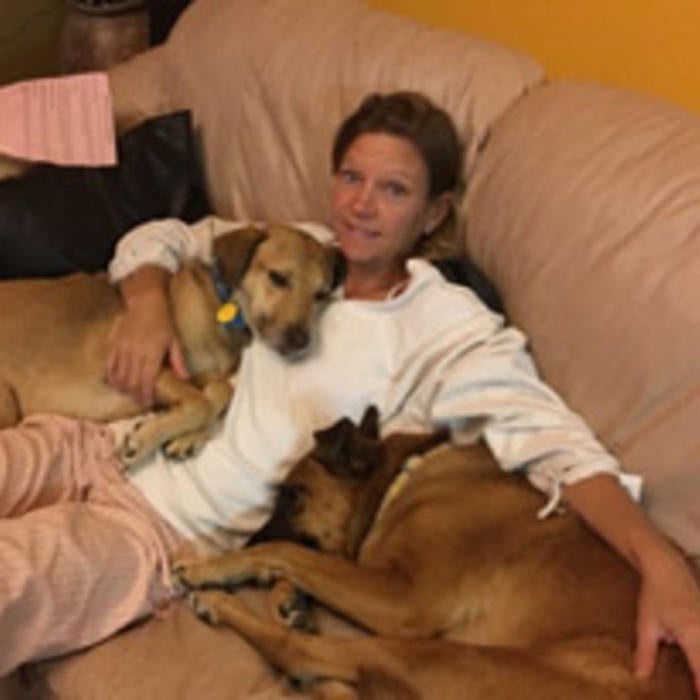 Aynsley brings a new perspective to Benarda. She taught elementary school in Tucson for 9 years and joined our team in 2016 as our practice manager. She and her husband have 2 Mexican rescue dogs named Mushroom and Visa at home. She loves scuba diving and enjoys teaching Zumba. 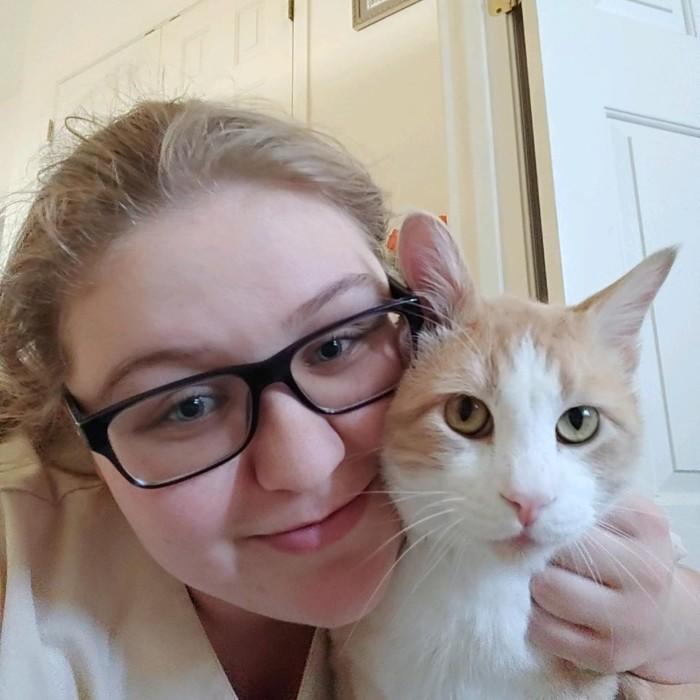 Madison is our recent high school graduate. She has worked at Benarda for a year now and most recently added Stewart; one of our rescues to her family (pictured). Stewart joins their bull mastiff Rocky (6 years) at home and her bearded dragon Rex.

Olivea is a recent high school graduate and is beginning her freshman year at the University of Arizona as an animal sciences major. She loves all of her rescued animals, just like her mom Stephanie. 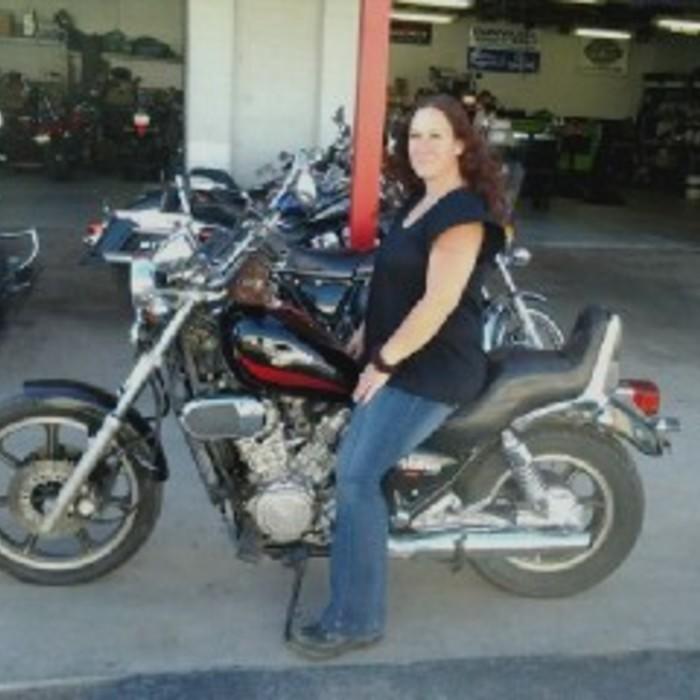 Sarah joined Benarda 2 years ago and has a love for all animals. She has 3 bearded dragons, three cats, three dogs, a dozen fish, two rabbits and a red tail boa. She has 2 great kids and yes...they still ride ? 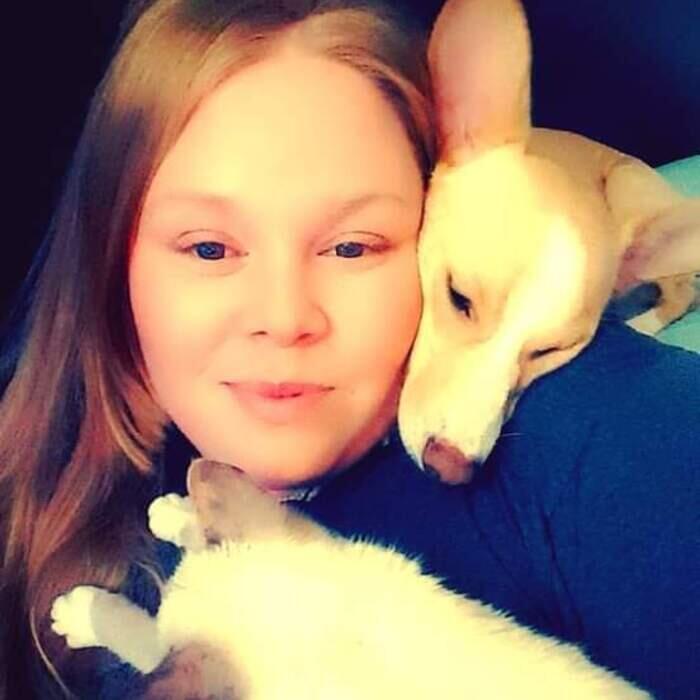 Ashleigh joined the Benarda team in September of 2020. She is married and has 2 children, 5 year old (Tobias) and 10 year old (Sophia) who she loves spending time without in nature, teaching them about animals and plants! She has 4 dogs (Fievel, Wiley, Ladybird and Pierre) and a lot of fish currently.  She loves Emergency Veterinary Medicine,  tattoos, snails, thunderstorms and cooking... And she MUST have her coffee :) 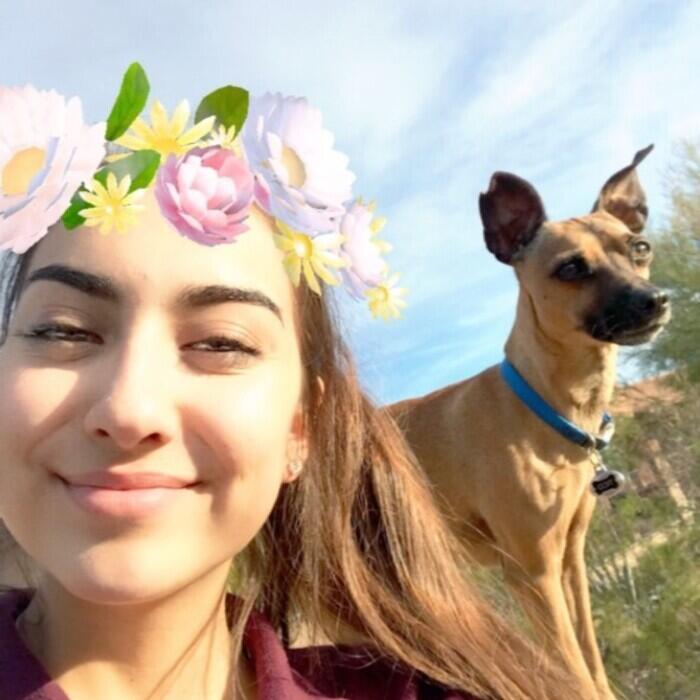 I have a passion to be a friend to the animals and work with every kind of pet. I am a PMI veterinary Assistant graduate pursuing the vet tech program. I love playing video games, painting and spending time with friends and family. I have one dog named Tico, and one hamster names Moomoo 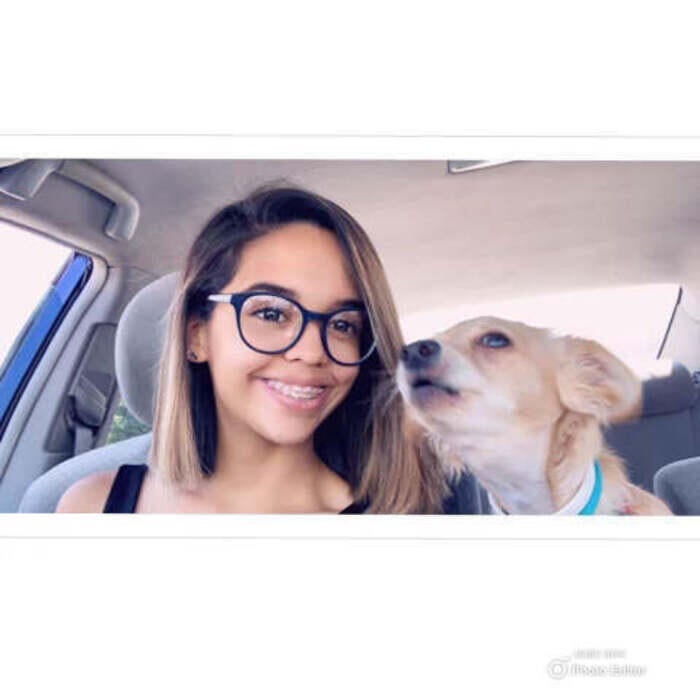 Angelica joined the Benarda team in October of 2020. Her veterinary goals include furthering her education to become a Veterinarian in the future and hopes to run rescue. She has 2 dogs named Piper and Chewy and a kitten named Ivy. She has always wanted to help animals since she was little and is grateful for the opportunities she has gotten to make that possible. In her free time, I like to watch movies, and spend time with my family, and my friends.

What our Clients have to say.

We took our VERY fearful pup Stitch to see Dr. Daroowalla for the first time last week. Stitch is a special case and we had been unable to get an exam on him with previous vets due to his "fear of people" and we were sooo impressed with Dr. Daroowalla. She knew EXACTLY how to handle fearful dogs such as Stitch. She was amazing and she helped us with getting him sedated and able to get all the testing we needed to get done to determine if there could be something medical going on to cause some of his issues. We will be looking forward to working with her in the future and for her to hopefully gain his trust more and more so she can see the loving pup he is when he is given time to feel comfortable with someone! The staff was also wonderful with Stitch and we appreciate all their help and patience they showed him during his visit.


For general information, questions, appointment requests, call us at: